The Augmented Reality Hype is Real!
Have you heard about augmented reality?  It has been one of the most hyped new technology trends with a lot of activity last year.  AR is a variation on virtual reality (VR) that has more practical applications than just playing cool computer games.

It can be really complicated, but in a nutshell, AR mixes the real world you see with computer generated images.  Most of us have seen movies like Top Gun where the fighter pilot sees all the plane’s instruments right on the windshield while looking out.

That’s a straightforward but powerful example – the real view outside the cockpit is blended (“augmented”) with computer projected images of important dials and information.

Mostly A Novelty
Last year both Apple and Samsung upgraded the software and/or hardware in their smartphones to allow the creation of AR apps.  Unfortunately, most of the first wave of apps that came out were amusing but not really useful.  I tried about a half-dozen different apps and after playing around with them for a few minutes, I never used them again.

But lo and behold, I came across an app called Magic Plan, and my life has never been the same.  Well, ok, a bit of exaggeration, but let me explain why I am really excited about this app…

For troublesome WiFi problems (dead spots, poor streaming, slow throughput), I always perform a site survey for my clients to know what is really going on.

It’s not rocket science – just walk around the entire home balancing a laptop on your hand and taking all kinds of Geek radio signal measurements with a special software package.

More a chore than anything else, to tell the truth.

The most important secret to getting good results is to have an accurate floor plan with decent measurements.  You can’t figure out how far the WiFi reaches if you don’t know the room dimensions.

Most clients are like me – they don’t have the original architectural blueprints available and couldn’t care less.  Sure you can get a tape measure or appraiser’s measuring wheel, or maybe even a laser pointer (yeah, I looked all that stuff up on Amazon), but you still can’t measure accurately with all the furniture and obstacles in place!

An Affordable Versatile Tool
Amazingly, with just an iPad and an inexpensive app (Magic-Plan), an accurate floor plan with automatic measurements is only a ‘walkabout’ away!  (You could even use just a smartphone but I find an iPad much easier.)

Worth a look if you thought “augmented reality” was just for hunting Pokemon creatures!

Have you tried any augmented reality apps? Let me know what you think.

Previous Post: « Are Your Smart Bulbs Making Your Smart Home Dumb?
Next Post: Should You Get An Apple HomePod? » 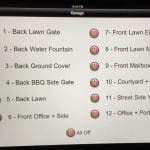 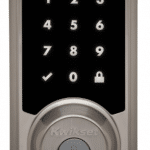 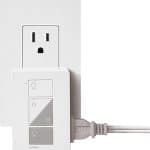